After the death of our Chica, there really was an emptiness in the daily ritual here. Chica was our housecat for 2.5 years, who appeared on the doorstep the day we moved in and never left. Unfortunately due to illness we had to put her to sleep after feeding her with an espresso spoon in the last weeks. She could not eat by herself anymore because her mouth was full of infections. It was so sad, at the end she could not even handle the spoon anymore. With tears in our eyes and a lump in our throats we put her out of her misery. After a few months we knew for sure that a little animal belonged here with us again. Together we decided that it had to be an animal from a shelter or other situation where we could give it a better life. 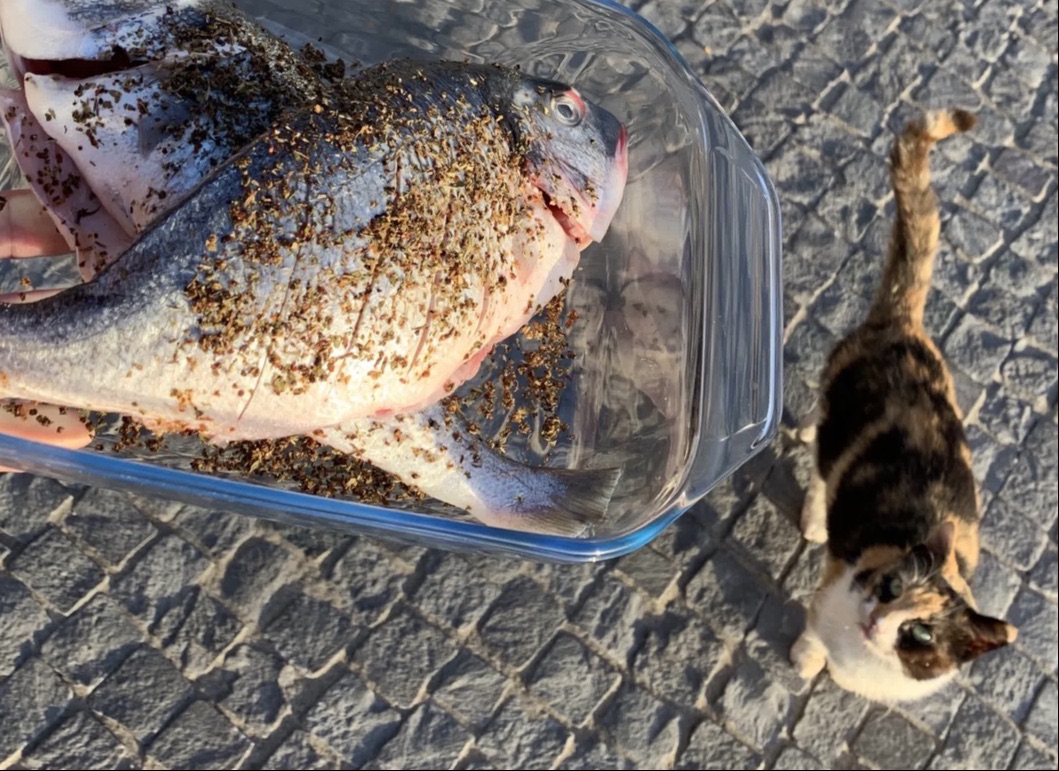 One afternoon about 4 months ago, Anne saw a picture on Instagram of a kitten on the account of our veterinary clinic "Espaço Gato" where we always had Chica taken care of in Funchal. A big-eyed fluffy kitten looking at us from the phone was offered for adoption. A message was sent and a few days later we were allowed to visit the clinic to get acquainted with her. What a special prospect and what a thrill for both of us!

When we arrived at the clinic, we were introduced to Sara who offered the kittens. So actually there were two. She told us that she had saved the kittens from the rubbish container in the street near her in Funchal. She had seen a man pick them up and throw them in the container. With the mother cat running around meowing, she pulled the two kittens out and took them home with her. She took care of the kittens and gave them the necessary care in cooperation with the clinic. 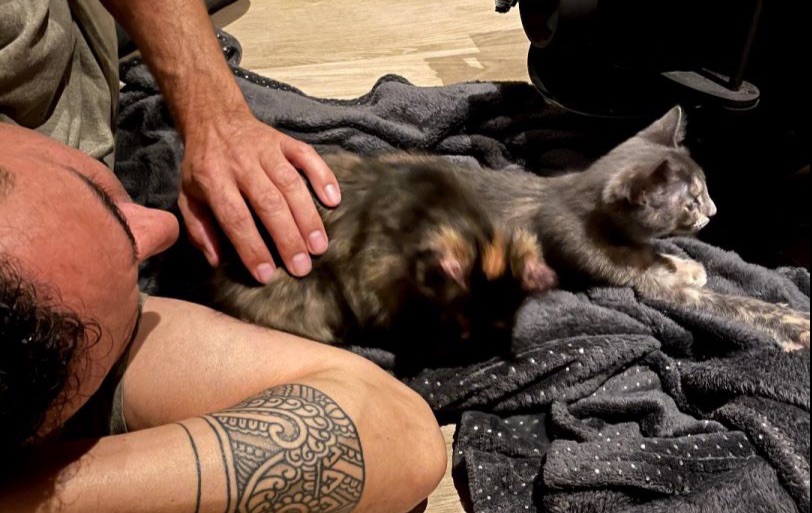 On the spot, Anne and I decided to adopt both kittens at the same time. So that the sisters could grow up together in a nice place with a lot of garden far from a busy road. We had to wait 3 weeks because they were still very young, only a little over a month old. When they were 2 months old they were allowed to come to our house. Sara brought them to us personally. We have called them Mini & Cooper from that day onwards.

They have been living here for 3 months now and we cannot imagine life without them. While gardening or working on our swimming pool, they are constantly playing near us. Real sisters who can't live without each other and meow loudly when they can't find each other. Really hilarious to see how we have this picture around us now. Even the guests are totally in love with them and the little ones love to be petted by them. They don't come into the houses but stay with us under the veranda.

It seems like these kittens were the last missing link in a perfect picture here on Madeira. As we sit on the veranda with newly arrived guests to get acquainted, Mini & Cooper lie under the table enjoying the sun setting. What love they have already given us and we theirs. Life on Madeira is complete and once again we realise that these are the things that matter.

With all the developments the world has gone through in the last year, there are plenty of reasons to realise what you are doing it all for.

Make the most of your business, enjoy your relationship and the friends around you.

The picture is so much bigger! 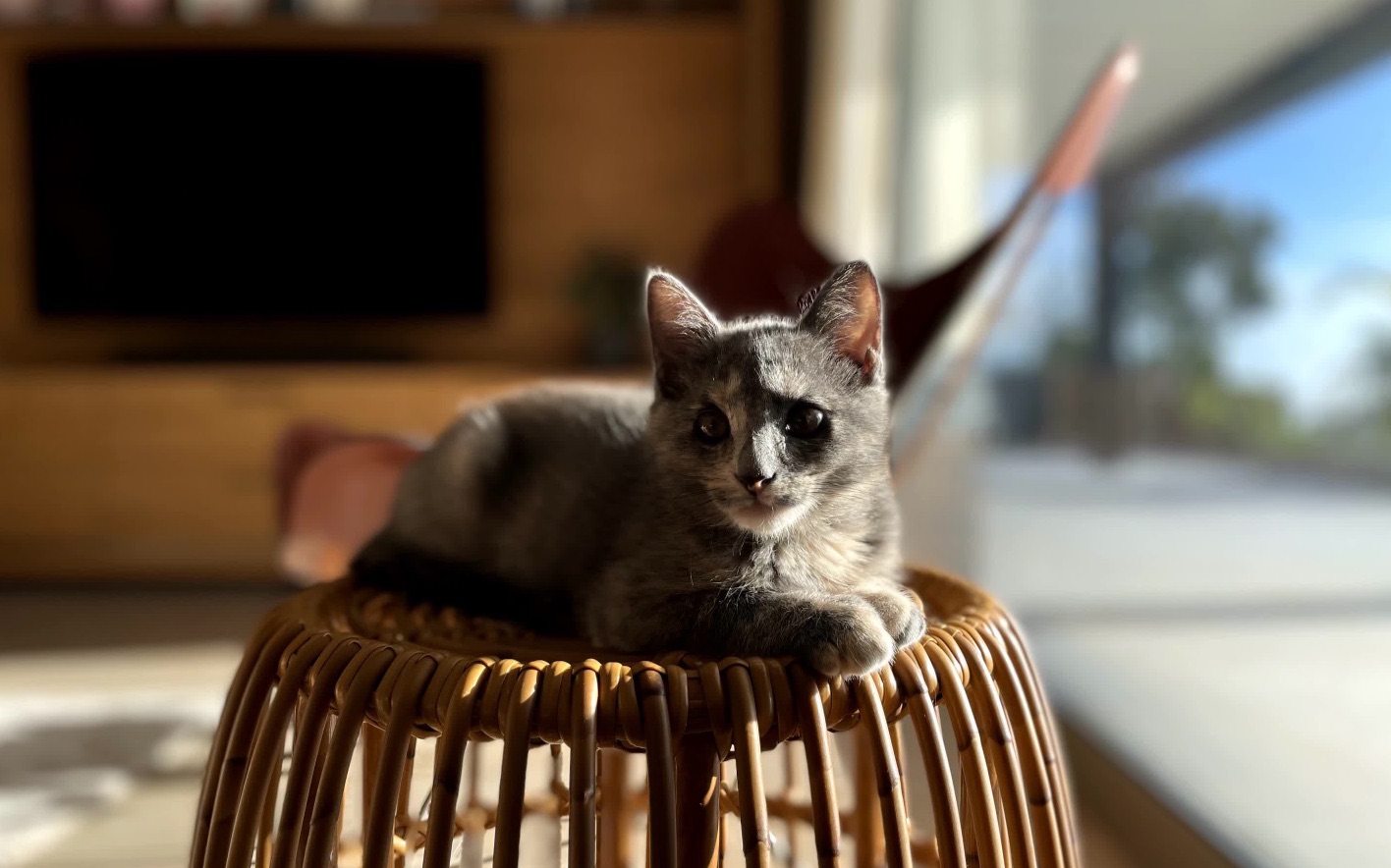 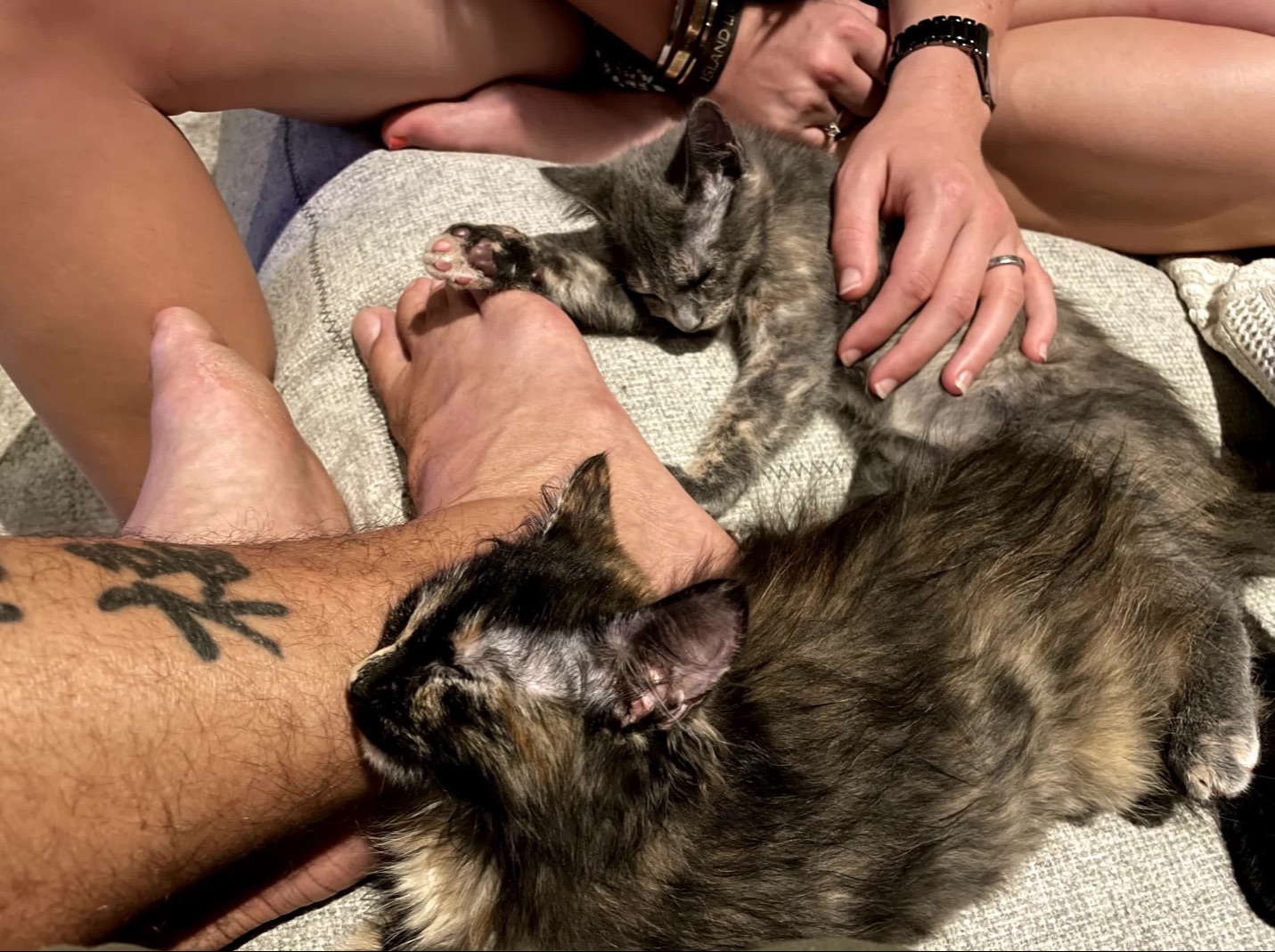 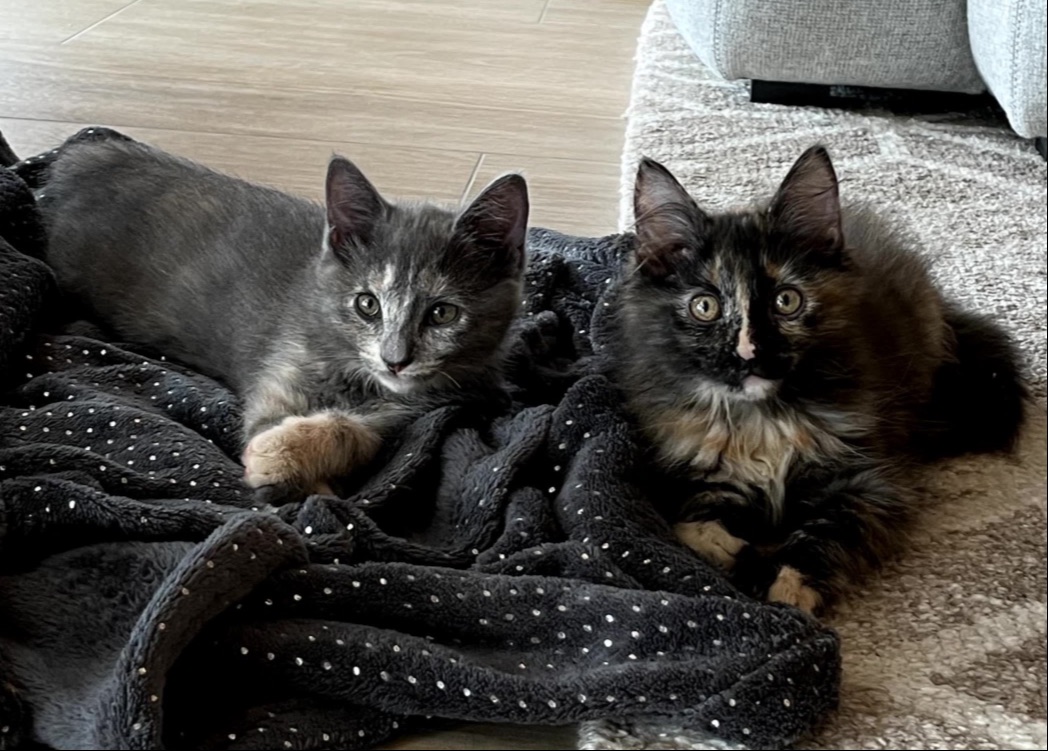 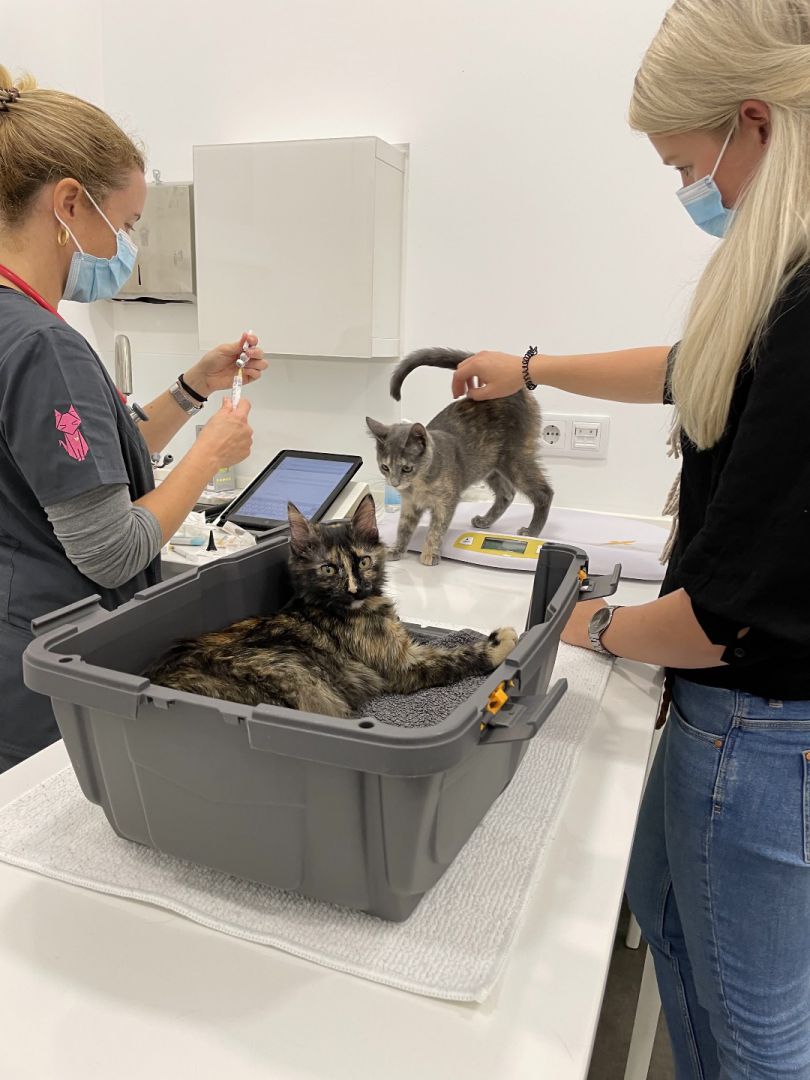 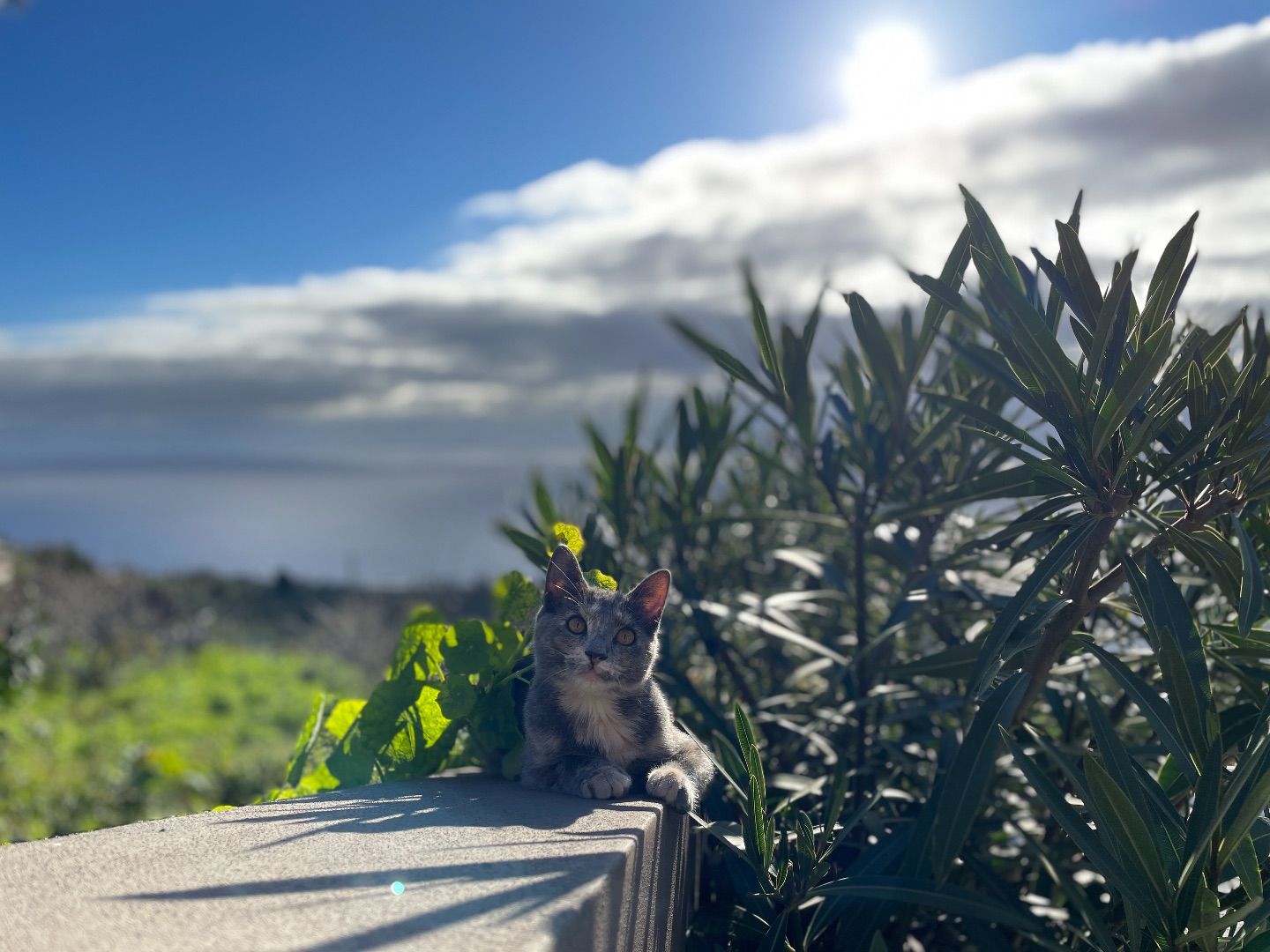