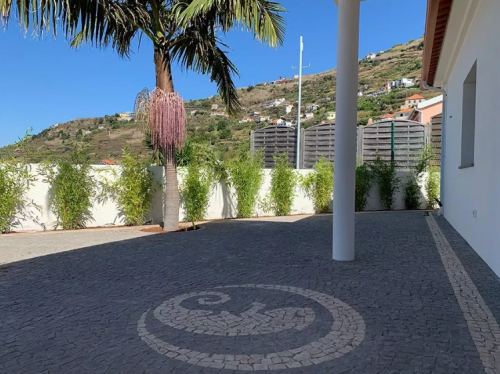 These are the small pieces of basalt that most people know in mosaic-like patterns in the towns and small villages in Portugal and Madeira. Never thought at the time that we ourselves would ever have a pavement design of this quality on our own piece of Madeira. Let alone live here on Madeira.

In the meantime, the last stones are being hammered in at the bottom of the driveway while this blog post is being typed overlooking a windless azure Atlantic ocean from the dining table. Unfortunately we aren’t yet able to show the final photos. But that will come another time, or you will see it with your own eyes later. Because it will finally be ready by the end of this month. 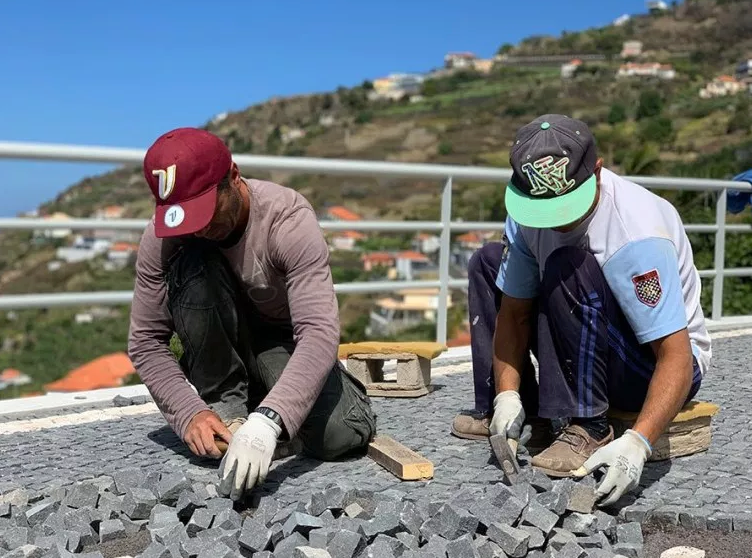 Around the houses and our own house, we have opted for the small basalt variant with the traditional white band along the walls and outside boundary. It looks fantastic and really adds a finishing touch. In front of the entrance to the houses that will be rented out, the logo of our company has been created with white stones. Particularly proud of the result and it’s also nice that this image is one of a kind. It is an image of a chameleon that we have incorporated into the design. You might be thinking, why the chameleon? We’ll be happy to explain this here on that spot later in the year. 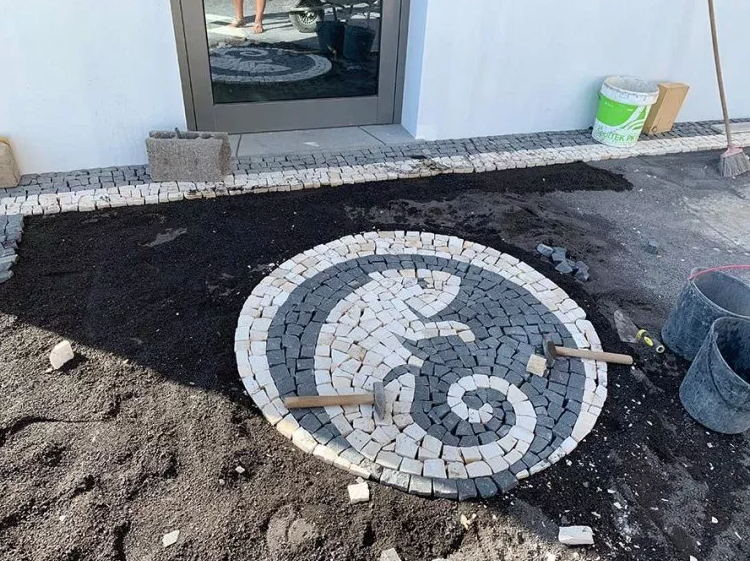 When the gate opens, you immediately see a piece of pavement mosaic that really stands out in its quality. We would like to be able to make the first impression right from the entrance and, as it looks now, it’s definitely going to do the trick. We both still have goose bumps as we walk across the paved terrain and see what has been achieved in almost 9 months. It’s very special for us, especially because we have made so much use of the local craft. Compliments from locals here on Madeira make us feel so proud.